You are about to leave German website for Soldier of Fortune 2: Double Helix to get redirected to the following address:

The latest official version is RoCmod 2.1c, with most servers today using RoCmod or a variation of the mod.

To play on servers running RoCmod you will need to download the rocmod directory from the download below and extract it to the root directory of your Soldier of Fortune 2.

Download the client-side version of RoCmod 2.1c and extract the files to your PC.

Copy the extracted rocmod directory and paste it into your Soldier of Fortune 2 root directory.

Most of the time, when you connect to a server, it automatically detects whether the server is running RoCmod and loads it without any problems.

Sometimes it doesn't, so it's recommended to load RoCmod via the Mods option before joining a server to make sure the correct settings are applied. 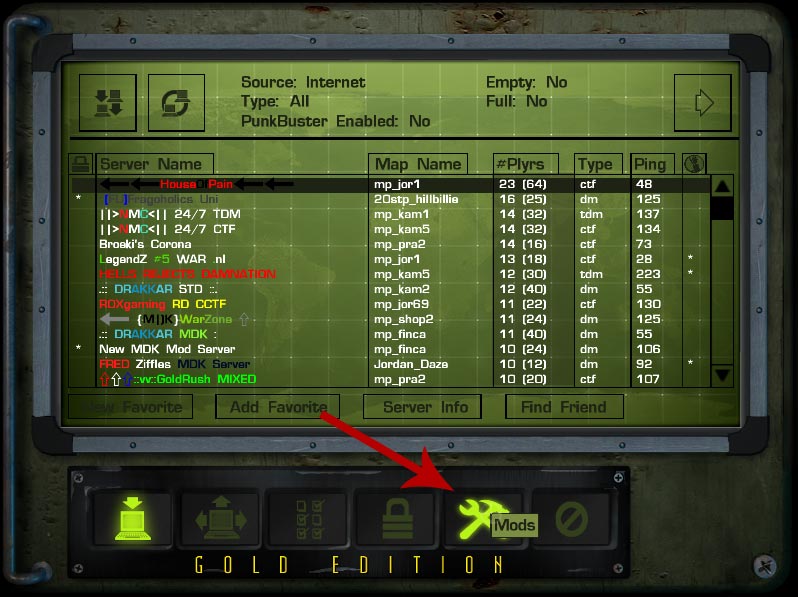 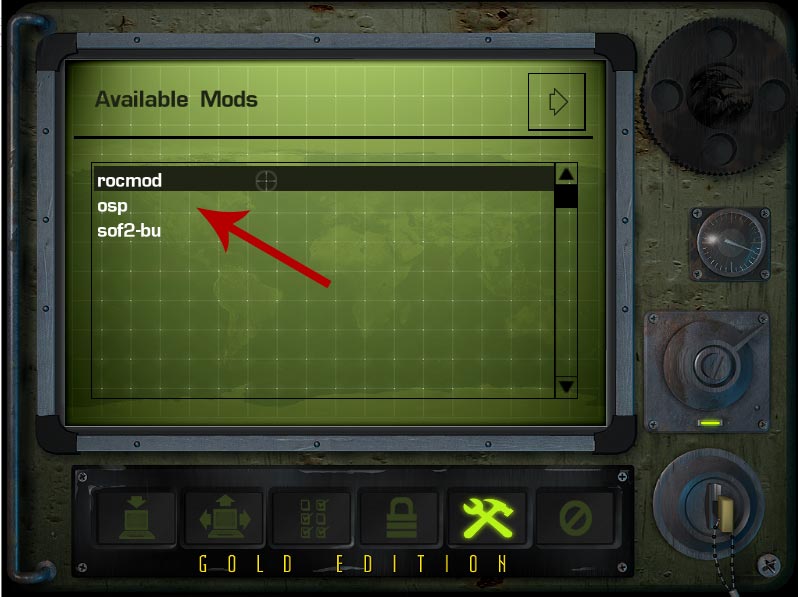 To install RoCmod 2.1c on your game server, you must first download the Rocmod server page files from the download below and extract them to the Soldier of Fortune 2 root directory on your servers, usually via FTP.

Installing RoCmod 2.1c on your game server is a simple process, in most cases it is simple requires copying the mods server files to your game server's root directory (where the SoF2 Linux binary or windows exe is located).

Download the server-side version of RoCmod 2.1c and extract the files to your PC.

Upload the directory "rocmod" to the Soldier of Fortune 2 home directory of your server.

We recommend FileZilla FTP Client to connect to your game server.

In most cases, Soldier of Fortune 2 game servers use a script to start and stop the server and define additional parameters for loading.

Below is an example Linux startup script for Soldier of Fortune 2 v1.03. To activate RoCmod, you have to edit the parameter + set fs_game rocmod or add it to the start script of the game server.

Windows servers in most cases use a batch file (.bat) to start the server. If your game server is running on Windows, just edit the .bat file and the fs_game parameter as you would on Linux.

Since you are changing the game version of your game server, you will need to restart the game server in order to load RoCmod.

Depending on where your game server is hosted, this is done either through the control panel of your host’s game server or through the SSH command line for those hosted on VPS or dedicated computers.

/addadmin – Adds a new admin to the server

/removeadmin – Removes an existing admin from the server

/addsysop – Adds a new sysop to the server

/removesysop – Removes an existing sysop from the server

/addref – Adds a player as referee

/removeref – Removes an existing referee from the server

/setref – Sets a particular player as a temporary referee

/addclan – Adds a player as a clan member

/removeclan – Removes an existing clan member from the server

/addmod – Adds a player as a temporary match moderator

/removemod – Removes an existing match moderator from the server

/admtell – Sends an admin message to a particular player

/players – Lists all players with their id numbers

/admlist – Lists all admins currently in the game (if not anonymous)

/reflist – Lists all referees currently in the game

/clanlist – Lists all clan members currently in the game

/modlist – Lists all moderators currently in the game

talk – Send a message to all players

chat – Send a message to all peers only

kick – Kick a player off the server

mute – Mute or unmute a player

suspend – Toggle your admin status on or off

freezemap – Freezes or unfreezes the current map in the mapcycle

slap – Knock a player back with a taunt

strip – Strip a player of all weapons

forceteam – Force a player onto a particular team

switch – Move a player onto the opposite team

penalty – Throw a player in the penalty box

unpenalty – Prematurely pulls a player out of the penalty box

mapcycle – Switches to the next map

map – Switches to a specific map

warmup – Turns warmup on or off

friendlyfire – Turns friendly fire on or off

extendtime – Extends the timelimit by a certain amount

timelimit – Sets the timelimit to a specific amount

shuffleteams – Randomly mixes up the teams

endmap – Ends the current map and moves everyone to intermission

lock – Locks or unlocks a team

suspendall – Force all admins to suspend their admin status

fry – Set a player on fire

launch – Tosses a player up into the air

explode – Detonates a player from within

telefrag – Kills a player by telefragging them

respawn – Forces a player to respawn

bait – Plants a player in the enemy spawn, defenseless

forcesay – Forces a player to say something

invite – Invites a player to join or spectate a locked team

clanvsall – Moves all clan members to one team, and everyone else to the other team

bkick – Kick a player for a length of time (using PunkBuster)

pbgetss – Take a screenshot of a player (using PunkBuster)

freezemap – Freezes or unfreezes the current map in the mapcycle

forcematch – Forces a match to start, even if all players aren’t ready

cvarcheck – Displays the value of a player’s cvar

cfg – Forces the server to apply a specific server cfg

swaptags – Swaps the tags on all players

tagvsall – Rearranges teams to put all tagged players on one side

backfire – Causes a player’s own bullets to turn against him

This site uses cookies. By continuing to browse this site, you are agreeing to our use of cookies. More Details Close